For Sale is a very rare 1993 Mercedes 500GE Euro G Wagon.  This 500GE for sale in California was imported privately and legalized and is a well kept example of the first V8 engine G-Wagen, which had the M117 V8 under the hood. This rare car was officially imported into the USA and was BAR approved for California. It passes smog and ready to be enjoyed. Most 500GE were produced in Amethyst Blue Metallic however this one is one of the very few factory painted silver examples.  This car was confirmed to be 1 of 7 painted silver by the Factory.    This example has been fitted with a very desirable 5.5 Liter M117 V8 engine.

The limited edition 500 GE was never officially offered to the public. MB marketing folks doubted that there was a market for a 200,000 Deutschmark 4×4. So, instead of printing brochures etc and offering it to a large audience MB salesmen in Germany casually told owners of S-Class and G-Class about the prospect of a V-8, 240 HP luxury version of the G. Within one year they signed close to 500 contracts – without anyone ever seeing pictures or a vehicle on display.

Even with all the doubt about the success of the  500GE –  at least some MB people had enough foresight to make engines for the 500 GE available. They had stored 500 V-8 engines in crates at the AMG facility to be used for the 500 GE. Reason for this “store now – build later” game was that the V-8 engines used in 1992/1993 were different from the previously used 2 valve engines and would no have fit in the G Wagon’s  engine bay.

This is an rare car and would make any enthusiast proud. 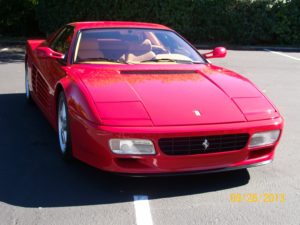 This error message is only visible to WordPress admins


Error: API requests are being delayed. New posts will not be retrieved.

Error: API requests are being delayed for this account. New posts will not be retrieved.

Make sure this account has posts available on instagram.com.

Browse through the vast selection of vehicles that have recently been added to our inventory.

Email to a Friend